While re-reading an interview with Stan Goldberg that appeared in Alter Ego # 18, (October 2002) I came across this cover that was reproduced, with commentary likely by Roy Thomas: 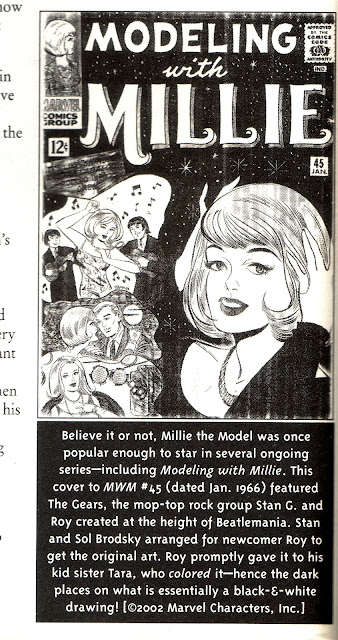 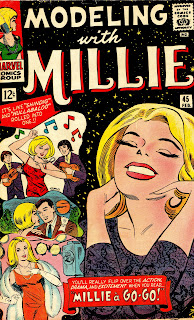 Printed cover with pasted on Millie figure by Jack Kirby. .

In an email Roy Thomas explained that he never had the Kirby art, which was on an overlay. Roy also found it odd that Kirby did the correction, but as he noted, Stan didn't have many options at the time. Kirby probably happened to be in the office when Stan needed the correction, and Kirby likely knocked it out in the time it took him to light his cigar. Now, it would have been interesting if Ditko had been in the office instead...

You can read more about Millie, Stan G and Jack at my original post:

Nick, perhaps a stat of the cover was altered rather than the original itself. Is that possible do you think?

It's possible, or perhaps the paste-up just fell off after so many years. I've asked Roy Thomas if he recalls anything about the cover, and will pass on any info.

Kirby's change really improved this cover. Thanks of sharing!