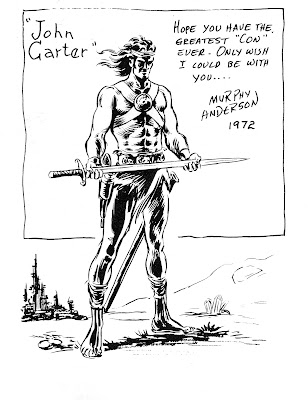 Murphy Anderson's career in the field of comics was defined by solid craftsmanship. Never a flamboyant artist, his technique was modeled on cartoonists he admired and learned from, including Lou Fine, Will Eisner and Alex Raymond. His earliest efforts appeared in the pages of Fiction House circa 1944. Anderson had an affinity for science fiction related material, drawing features "Star Pirate", "Suicide Smith" and assorted illustrations for their pulp line, including Planet Stories. 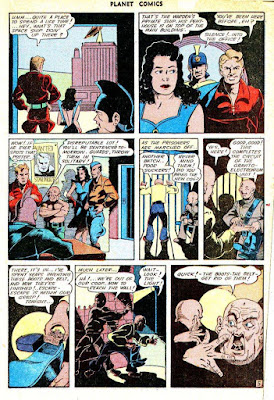 One of Anderson's earliest assignments at Fiction House house was on the feature "Star Pirate" in Planet Comics # 33, November 1944, taking over from veteran George Tuska (after a one issue fill-in by Joe Kubert, another youngster who would become known for his work at DC). While the art is primitive it shows promise and clearly points to the influence of artists Lou Fine and Will Eisner. Image from Comic Book Plus: http://comicbookplus.com/?dlid=18812 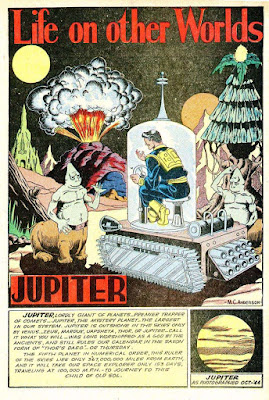 An imaginative page drawn and likely written by Anderson (as M.C. Anderson) from Planet Comics # 35,  March 1945. Image from Comic Book Plus: http://comicbookplus.com/?dlid=14297 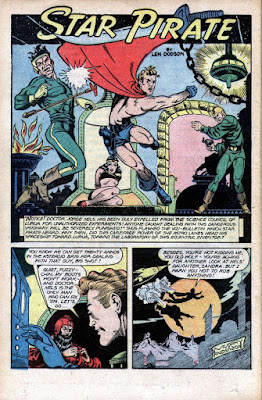 In the three year period Anderson had been drawing "Star Pirate" his art had improved considerably, as one can observe by comparing the first illustration to this one. The splash shows signs of an artist growing confident in his talents; the figures and compositions coming into focus as his recognizable style. Anderson left the "Star Pirate" strip after this episode, concluding a continuous (with the exception of one episode in issue # 39) seventeen episode run. Planet Comics # 51, November 1947. 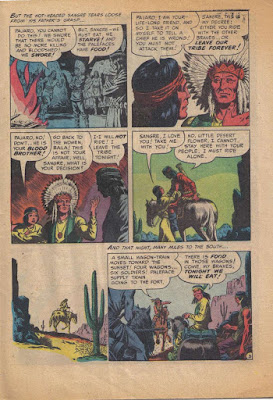 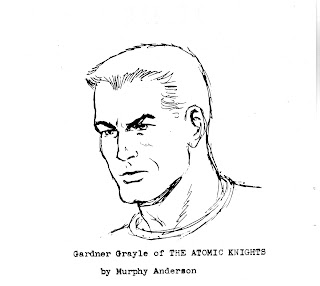 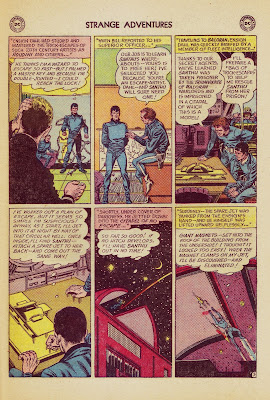 Anderson inked many Carmine Infantino penciled stories over the years. He described embellishing his pencils as "a challenge", noting that Infantino's work was very stylized and abstract, in opposition to Anderson's more realistic bent. Despite their differing styles the two made an exciting pair, working on the Flash, "Adam Strange' and a run of memorable Batman and Detective Comics covers in the 1960s. "Escape-Artist of Space!", Gardner Fox script, Strange Adventures # 154, July 1963. 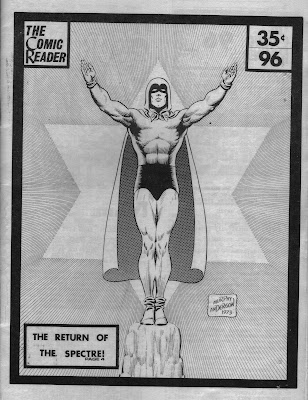 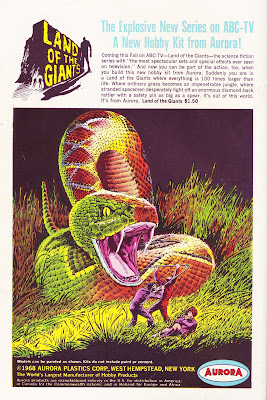 In addition to working for DC, Anderson occasionally found assignments outside of comics, including producing advertising art for Aurora Models. This exciting scene depicting "Land of the Giants" (a short-lived Irwin Allen Sci-Fi show that ran on ABC) appeared on the back covers of November 1968 dated DC comics.

Anderson was highly regarded as an inker, adding a layer of texture over many talented pencilers on both interior stories and, quite often, covers, including Carmine Infantino (Flash, Batman, "Adam Strange"); Mike Sekowsky (Justice League of America); Gil Kane (Atom, Green Lantern, "Batgirl"), Irv Novick (Flash); Dick Dillin (World's Finest Comics) and Bob Brown ("Superboy"). In many ways Anderson was the equivalent of Joe Sinnott at Marvel; both became recognized as the finest embellishers in the field and were placed on top selling titles. 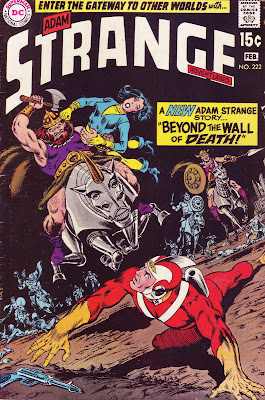 Adam Strange was revived in reprint form in (where else?) Strange Adventures when the previous feature, Deadman, failed to sell. Anderson provided many new covers, and his Atomic Knights stories were also represented as a back-up feature. Anderson pencils and inks, Strange Adventures # 222, February 1970. 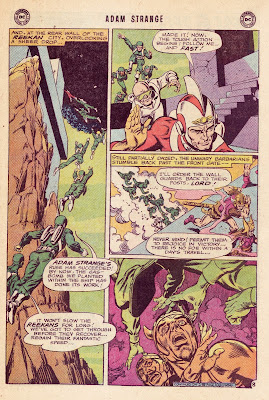 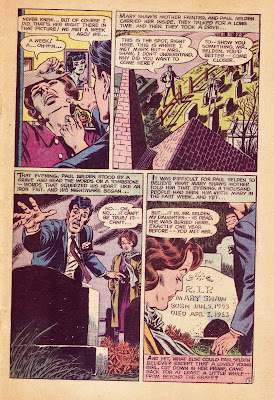 A rare teaming of Werner Roth and Anderson on "Out of This World", a mystery back-up written by Robert Kanigher from The Phantom Stranger # 4, December 1969. 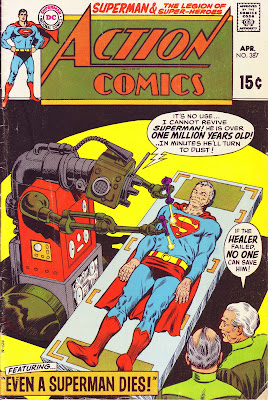 beginning with the September 1969 dated issues. Anderson started out inking many of Swan's covers in the Superman line (Action, Adventure, Jimmy Olsen, Lois Lane and World's Finest) and in 1970 became the primary inker on his interior Action and Superman stories, an assignment that continued into 1973. The Swan-Anderson combo often reunited over the years on special stories, most involving the Man of Steel. Action Comics # 387, April 1970.

In 1973 Anderson founded Visual Concepts, a production art studio that provided lettering and color separation for comic book publishers. He continued to draw and ink stories, often for DC, along with a few independent publishers such as Eclipse and Deluxe Comics. His services remained in demand into the 1990s, especially with younger editors who grew up admiring his style. 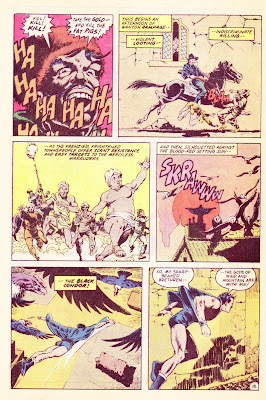 Anderson was a huge fan of artist Lou Fine, whose work at Quality comics greatly inspired his own style. When Quality folded in the 1950s DC Comics purchased many of the characters, so when it was decided to adapt the original stories Anderson made it known he wanted to illustrate the Lou Fine drawn characters. Here is his version of The Ray, with script by Roy Thomas, from Secret Origins # 21, December 1987.

Anderson is recalled by his peers and the many fans he encountered at conventions as a humble, well-dressed gentleman of the old school. A dedicated professional, he worked in many genres; while he preferred fantasy and sci-fi related assignments he was equally adept at mystery, romance and war. Like many talented artists of a bygone era Anderson could do it all, and often with great craft. His work and legacy will live on.